As Neil Gorsuch takes his seat on the Supreme Court, the 4-4 ideological stalemate that plagued the institution after the death of Justice Antonin Scalia has been broken, reestablishing its conservative tilt.

In an article I wrote last year on the implications of Donald Trump getting the chance to fill Scalia’s seat, I described how the conservative members of the court have long held a 5-4 majority that routinely ruled for businesses over workers.

So now that they have their majority back, what does this portend for the court and cases involving worker rights? A careful look at Gorsuch’s record demonstrates, I believe, how this will be bad news for American workers and anyone who cares about economic justice.

Religion in the workplace

As an appellate judge on the 10th Circuit, Gorsuch joined the majority in June 2013 granting Hobby Lobby, a chain of craft stores, the right to deny legally mandated contraception to its workers on religious grounds. The Supreme Court affirmed that opinion a year later.

The key context here is that limiting women’s access to birth control has been shown to increase economic inequality. Without control over the timing and size of their families, women struggle to complete their educations and advance in the workplace. In turn, this depresses their family’s income.

Yet Gorsuch and the Supreme Court majority have ranked the religious beliefs of business owners over the health care needs of workers. Indeed, in a subsequent case, Gorsuch joined a dissent that argued that asking a religious organization to simply fill out a form to opt out of the contraception requirement is too great a burden.

This issue is likely to return to the court, where Gorsuch will certainly break a 2016 impasse that sent a similar case back to lower courts for resolution. Future cases are also likely to raise more conflicts over religion in the workplace.

As Justice Ginsburg warned in her Hobby Lobby dissent:

“Suppose an employer’s sincerely held religious belief is offended by health coverage of vaccines, or paying the minimum wage … or according women equal pay for substantially similar work?”

Worker safety and the ‘frozen trucker’

So what about his record on worker rights? His opinion in what has become known as the “frozen trucker” case illustrates Justice Gorsuch’s lack of empathy for blue-collar workers.

In 2009, a truck driver was trapped in his cab after the brakes on his trailer froze in subzero temperatures. Before long, the driver was losing sensation in his limbs and having trouble breathing. After calling his employer and waiting for over three hours for a repair vehicle, he unhitched his truck and drove to a nearby gas station. He was fired for abandoning his haul.

The majority of the three-judge appellate court upheld the Department of Labor’s decision that the trucker’s termination violated a law permitting drivers to “refuse to operate” trucks in unsafe conditions. Gorsuch dissented, however, arguing the statute did not protect the trucker but instead directed him to “sit and wait for help to arrive (a legal if unpleasant option).”

Gorsuch’s narrow and selective reading of ambiguous statutory terms led the majority to quote his own words from the oral argument back to him: “Our job isn’t to legislate and add new words that aren’t present in the statute.”

Gorsuch’s dissent makes clear that he is a textualist, meaning he looks solely to the plain meaning of a statute without regard to its context or congressional intent in enacting it. It also suggests that Gorsuch is out of touch with the realities of life in the modern day workforce outside a judge’s rarefied chambers.

A boon for arbitrators

Gorsuch also appears likely to continue the court’s embrace of mandatory arbitration, which Scalia spearheaded in a series of 5-4 decisions that limited the rights of consumers and employees to have their day in court.

In the employment context, mandatory arbitration means that disputes on issues such as discrimination, unpaid wages and sexual harassment are heard in a private forum that has no right of appeal and favors businesses. Arbitration agreements are usually buried in the fine print in one-sided contracts, and most employees have no option but to sign if they want the job.

In his own jurisprudence, Gorsuch generally enforced the presumption in favor of arbitration, even where the contractual terms were contradictory or ambiguous. His views on arbitration will become clearer when the Supreme Court hears a pivotal case in October that will decide whether employers can evade class actions by forcing workers into individual arbitrations.

These class action waivers are increasingly popular among employers, yet they destroy the ability of employees to bring cases together that would individually not attract a lawyer due to small dollar amounts.

Finally, Justice Gorsuch is expected to align himself with Justice Scalia’s critical views on organized labor.

Justice Scalia’s death in February 2016 granted unions a reprieve in a case involving the constitutionality of requiring public workers to pay their fair share of union dues, even if they aren’t members. That case was decided just a few weeks later in a 4-4 split that left a lower court’s decision upholding such fees intact.

The issue is certain to return to the court in the future – with Gorsuch a likely fifth vote to rule against the unions.

Union membership is associated with a wage premium of 13.6 percent as compared with nonunionized workers, according to the progressive think tank Economic Policy Institute. At the same time, the decline in union membership is a factor in growing economic inequality due to the wage depression suffered by union and nonunion members alike.

President Trump claims to be a champion for America’s forgotten workers. Yet his main accomplishment in his first 100 days is the appointment of Gorsuch.

For all the reasons I’ve outlined, I expect the appointment of Gorsuch to undermine the rights of workers, including Trump’s supporters, and further weaken the middle class. 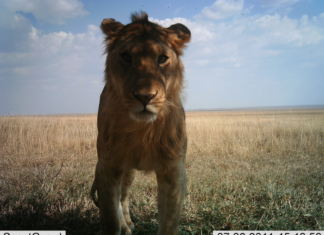 Crowdsourcing the Serengeti: how citizen scientists classified millions of photos from...