There has been a spate of highly visible recalls in recent years that have given a collective black eye to the automotive industry.

From Toyota’s fumbling of the recall concerning its sticky throttles a few years ago, to GM’s more recent mishandling of its ignition-switch problem, major car manufacturers look like they only know how to consistently mismanage the critical activity of recalling dangerous vehicles.

Now it’s Takata’s turn in the unwanted media spotlight, and this time the recall is not just big, it’s huge. The most recent count puts the number of vehicles affected by its defective air bags at more than 30 million, marking a new world record for apparent incompetence in managing what many people believe to be any industry’s most important task: protecting public safety. Furthermore, it is going to be a logistical mess that will take years to fix all the affected vehicles

The dismay is widespread. Many members of the car-driving public are now asking one of journalists’ favorite questions: given the level of presumed ineptitude involved, how could these blatantly bad decisions have happened? Beyond that concern, we have an even bigger question: are these decisions criminal? And if they are criminal, who’s to blame?

(On that note, the Justice Department just last week raised allegations of criminal wrongdoing against GM and some of its executives for failing to disclose its ignition-switch deficiencies in a timely manner.)

Why recalls are slow

All these cases come in the wake of Ford’s miserable experience failing to recall the Pinto because of exploding gas tanks during rear-end collisions at low speeds almost 40 years ago, and this question is a latent concern of all current executives. Remember, Ford as a corporate entity – not the individual decision makers within the company – was charged with a crime. And the crime was not negligence, it was murder (in an accident involving three teenagers who burned to death in a 1978 accident in Indiana).

As a former insider who worked as corporate recall coordinator for Ford during the time of the Pinto problem – and now a management professor at Penn State University who uses the case in his MBA teaching – I might have some insight into the factors that lead companies to make decisions that the engineers and executives see as complex and rational, but the public sees as simple and criminal.

Question #1 is: in each of these cases, why did the companies wait so long to acknowledge that there was a problem and initiate a recall?

Frankly, I sympathize with the corporate decision makers on this one. To me, the key issue is one of deciding when to pull the trigger and recommend recall. In my case, I was tracking a myriad of possible problems that might qualify for recall.

To initiate a recall I had to have two things: 1) traceable cause (I had to know that some specific component was breaking), and 2) a demonstrable pattern of failures. In most cases I had one or the other, but not both. In some cases I had neither.

The academic decision-making literature gives us some help on questions about decisions under risk (uncertainty), but not a lot of help on decisions under complexity and ambiguity (where information is either vague or subject to multiple opinions about the most effective course of action). Yet everybody knows executives are paid to make decisions under both these conditions.

It’s not easy, and everyone and every corporation can be accused of having had prior knowledge of a problem. The real question is how much knowledge is enough knowledge to act?

Who knows there’s a problem and when

Which gives rise to Question #2: who knew?

In each of the four cases I’ve cited, some engineers allegedly knew there was a problem. In 1970, a subset of Ford engineers knew the Pinto would not meet a proposed fuel leakage standard because protruding studs would puncture the gas tank (the recall didn’t happen until after the Indiana incident in 1978).

As early as 2004, a small group of GM engineers suspected that there was a problem with Cobalt ignition switches (the recall was in 2014). In 2006, Toyota engineers became aware of customer complaints about “unintended acceleration” (the recall was initiated in late 2009). Now it has come to light that Takata had reports of shrapnel from its air-bag inflators years before a recall that is only now getting under way.

If a subset of people know of a problem, can the corporation be held culpable? Of course it can. But that consequence raises very interesting theoretical questions about organizations as agents in modern society. (It also raises questions about whether Mitt Romney was indeed correct in asserting that “Corporations are people, my friend,” but that is a different essay.)

Question #3, therefore, is: if some people in an organization know something important, but there are not adequate structures and processes in place to inform the key decision makers, how can we even talk about “organizational” learning?

Yet, we must. This is one of the most important academic questions of our time. How do we teach organizations how to learn, such that the entire entity acts like a distributed intelligence system? (I should note that Ford took steps in the ‘90s to make the company display the hallmarks of a learning organization)

Lastly, all of these putatively bad actors (automotive corporations) have had questions raised about their dysfunctional cultures. So, Question #4 is another area of longstanding academic interest, and leads to several other related questions.

Overall, academic theory and research can teach us quite a lot about decisions under uncertainty and risk, about who or what should be considered the locus of focus for responsibility, about how cultures influence decisions, etc.

But, in a modern world defined by immediate availability of information, litigiousness and image consciousness, what many corporations’ experiences with recalls really tell us is that we need more research and better theories to explain how and why those corporations and their representatives act as they do. And how we might reasonably teach them to act differently.

Dennis A. Gioia is Robert and Judith Auritt Klein Professor of Management at Pennsylvania State University. 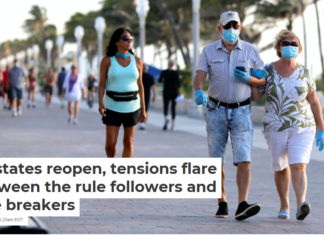