The way that newcomers are initiated into a group can reveal a lot about that group’s values. So what does the sexist ditty recently chanted by freshers students at the University of Nottingham tell us about universities as places to study and work? The rhyme was an overtly hostile statement about women being of use and value only in so far as they serve as sexual objects for men. The chant says that it doesn’t even matter whether women are alive, since even as dead bodies, they can still fulfil a sexual function.

The students who chanted this ditty would doubtless say it was only a joke – they do not really want to rape a dead woman. But such “jesting” constitutes a symbolic statement about the social territory these students are entering, and the terms on which “outsiders” – those sociologist Nirmal Puwar describes as “space invaders” – can be included.

Through this and similarly sexist freshers’ activities at other universities, female students are aggressively reminded that this is a culture in which males are dominant and “femininity” is devalued. To question this is to lack a sense of humour, to overreact, be unreasonable, silly, hysterical, in short, to be a “woman”, and so lack the qualification for belonging.

The Nottingham students’ chant was condemned by the university’s management and the student union, who stress that only a small minority of students were involved. But the impact is far-reaching, particularly for female students who have to share halls of residence, lecture theatres, and seminar rooms with male students who may have joined in this chanting. It is also worrying for the female members of university staff who have to serve them.

Now that universities are private corporations as much as seats of learning, student appraisal of their “learning experience” is deployed as a marketing tool, and lecturers are forcefully enjoined by management to ensure that students are “satisfied”. Student evaluation of teaching is already significant for promotion and job security, and set to become more so in coming years.

The young men who initiated and participated in the chant at Nottingham and similar sexist fresher activities may be censured as intolerably “laddish” by university spokespeople. Yet in a few months time, as they complete their evaluations of the performance of members of staff, the same university management may treat their opinion as that of a “valued customer”.

Universities have set in place a system which allows female lecturers’ careers to be influenced by their ability to “satisfy”, among others, young men who view women in the terms expressed in this and similar chants. This should give pause for thought about the implications of this marketised system for equal opportunities.

The sexist chanters may have been a small minority, but many students – probably the majority – arrive at university with social baggage that includes a set of assumptions about gender, age, racial minority groups, or gay people, and stereotypes about who has the authority to impart knowledge. These assumptions and stereotypes are not the only basis upon which they evaluate their lecturers’ performance, but it is hard to imagine that they play no role in that appraisal.

In the case of women and racial minority staff, open-ended comments on questionnaires for students to evaluate teaching sometimes makes the role of these stereotypes explicit. In my 24 years of university teaching, I have seen students make sexist remarks on female and gay lecturers’ dress, bodies and “hotness” on such questionnaires, as well as racist comments on black and Asian lecturers’ idioms of speech and accents, and on their qualification to teach on subjects which are in fact their research specialisms.

Prejudices should be challenged

But where positive assessment is linked to lecturers who are seen to embody the authority to lecture (they are older, straight, male or white), there will be no “give away” offensive comments to expose such bias. Whiteness, maleness and straightness is unremarkable in a straight white male space – it’s only the bodies that don’t “belong” that get scrutinised as bodies, rather than as academics.

There is, of course, nothing new about the fact that some students freely express overtly denigrating sexism, racism or homophobia – such behaviour has a long and sorry history. Nor is there anything new about gender, race and sexual inequalities in university workplaces. But there are new reasons to be disturbed by these phenomena.

In the context of privatised, market-driven higher education, perhaps the student “customers” won’t want to pay £9,000 a year to have their prejudices challenged. If their prejudices help to shape the face of British universities, it might ensure that they continue to remain a white, straight, male terrain.

Next read: Only 17% of UK universities are run by women – why? 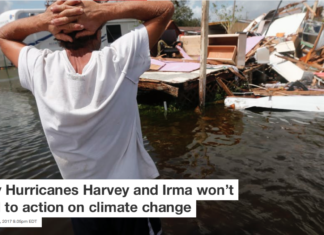 What makes a mountain, hill or prairie a ‘sacred’ place for...